A native of Anaheim, California, Emmy winning composer Don Davis began playing trumpet and piano at the age of nine, and started writing music at twelve. As his affinity for music grew, so did his aspirations, and soon he was composing and arranging orchestral charts for local jazz ensembles that he also performed with. After graduation from high school, Davis furthered his study of music at UCLA, majoring in music theory and composition, playing trumpet in college jazz ensembles and orchestras. Although Davis' primary interest had been jazz and rock, he found himself enamored with the avant-garde side of modern music. UCLA introduced Davis to a new world of musical possibilities, and before long he'd begun to plan his future as a composer with an eye toward film music.

After graduation from UCLA, Davis continued to study composition with Henri Lazarof and orchestration under Albert Harris. Harris introduced the young Davis to film and television composer Joe Harnell, best known for his work on TV shows such as "V" and "The Incredible Hulk". He was immediately impressed by Davis' attention to orchestral detail, especially as evidenced by a chamber symphony Davis was writing at the time. Harnell became a mentor to Davis and introduced him to the professional world of film and television scoring. Davis immersed himself in this new medium, and at the age of twenty-two, accepted a job as one of Harnell's orchestrators on "The Incredible Hulk".

With his foot in the door of the music industry, Davis began to land an increasing number of high profile jobs. He regularly orchestrated composer Mark Snow's music for "Hart to Hart", eventually scoring four complete episodes on his own. This early compositional work caught the attention of composer Lee Holdridge, who had penned the theme music for the television series "Beauty and the Beast", and he helped Davis land the job composing weekly scores for the supernaturally romantic show. Davis' rich, orchestral style meshed perfectly with the tone of the show and he went on to compose forty-six "Beauty and the Beast" scores (winning and Emmy for "A Time To Heal" as well as a nomination for "To Reign In Hell") and achieve great acclaim as one of television's most gifted young composers. 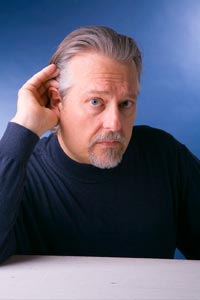 After "Beauty and the Beast", Davis found his career as a composer soaring and he was commissioned to compose scores for dozens of top television movies and series. He provided rousing, brassy music for Steven Spielberg's "seaQuest DSV"; he contributed a subtle blend of elements for "Life of the Party: The Pamela Harriman Story" (with Ann Margret); and his tense, terse harmonies added a creepy ambience to the critically lauded NBC miniseries "House of Frankenstein" (dir. Peter Werner). Over the years, his television work would present opportunities to compose everything from the austere orchestral stabs in Peter Benchley's "The Beast", to the comic woodwind schizophrenia of "Tiny Toon Adventures", to the new age, iconic string textures of the "Star Trek: The New Generation" series. To date, Don Davis' television work had garnered eight Emmy nominations and two wins.

In 1997, Davis composed the score for Larry and Andy Wachowski's off-beat thriller "Bound", and the directing brothers immediately formed a close working relationship with Davis. Together they "workshopped" the "Bound" score: Davis would prepare a series of musical ideas and he and the directors would sift through his detailed work and decide upon the best approach. The result was one of the years most sophisticated, moody, and aptly applied film scores. It mixed moments of gritty jazz with lushly orchestrated (and foreboding) soundscapes to lend a sense of supercharged anxiety to the story of double- and triple-crosses.

The Wachowskis and Davis again collaborated on "The Matrix" trilogy - the high-tech, virtual-reality action thriller starring Keanu Reeves and Laurence Fishburne, which turned out to be not only one of the biggest blockbusters, but one of the best received films of the year. Davis' work for the three scores incorporates elements of popular music, electronic synthesizer effects, and even a touch of the avant-garde: the orchestral score features three grand pianos, one prepared (a process where all manner of objects are wedged in between the wires of a piano) and two standard. Much of "The Matrix" music keys off the film's remarkable visual sense. Davis often employs an echoic, antiphonal orchestral effect-where different sections of the orchestra imitate each other at varying speeds - in order to support the film's heavy use of reflective imagery. The music also incorporates perpetual motion motifs to portray the story's tumultuous layers of reality. This compositional technique allows Davis to stay within set harmonic territory while exploring intriguing orchestral textures and colors.

Don Davis currently resides in Southern California and British Columbia, Canada, with his wife Megan and his two children